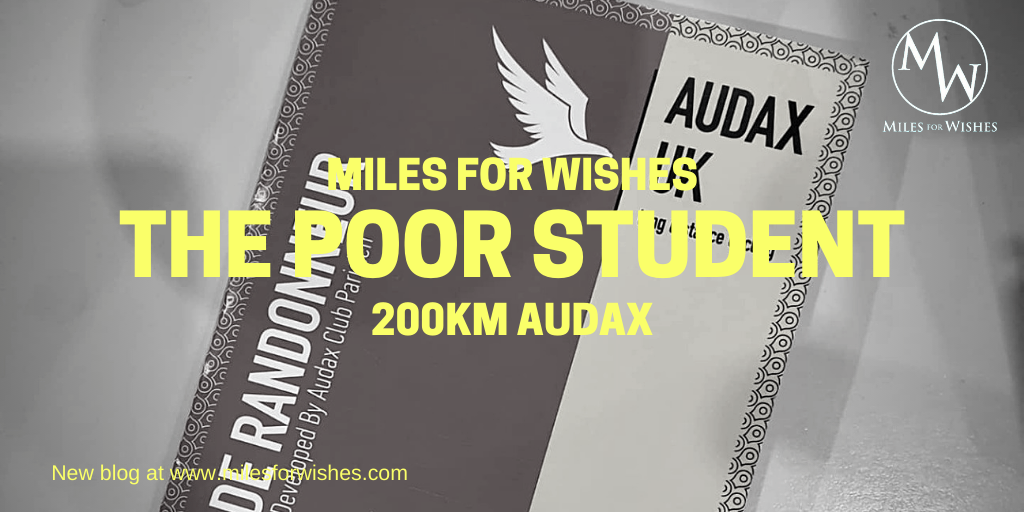 I’ve got some big goals for the coming years in ultra cycling, with a view to qualifying for and completing Ride Across America (RAAM) in 2022 – so getting my body comfortable spending long periods of time on the bike, getting miles in, is going to be a big feature of my training. However, those long 100 mile plus rides can be lonely when you are a solo cyclist – Audax seemed, for me at least, a great way to get out and get some group miles done.

Entering this event seemed like a sensible idea, to keep the motivation up and the amount of mince pies consumed down over the festive period. It would be, if nothing else, an early fitness test.

This is an X Rated event. No, no nakedness – what that means for an Audax is that it’s a simple, no frills format, you are issued your Brevet Card and that’s it, no food or warm venues to great you at the start like with some other events.

This Audax starts in the glamorous Pear Tree park and ride car park just outside Oxford and is largely a big triangle that heads west to Malmesbury then North to Chipping Campden then South back to Oxford. The only checkpoints, or controls as they are known, are at Malmesbury and Chipping Campden so really it’s a nice simple ride with only two compulsory stops needed.

Unbelievably for early January in the UK, the weather was good, dry and largely clear – who’d have thought!?

We set of at 8am and I stuck close to a small but fast group off the start, working hard to not get dropped. Annoyingly, I felt the need to take a comfort break set in early. The majority of the Poor Student is on quiet country roads and back lanes, with the first section to Malmesbury feeling relatively flat. I took the opportunity to dive in to a gateway to relieve myself, but within a few miles I started to feel a bit soggy at the back – my rear tyre was slowly deflating. I was pretty grateful for the dry weather at this point – no one enjoys changing a tube in the wet. Changed and pumped, I got back on the road and managed to find myself in a larger group travelling at a more steady pace, which on reflection I felt was probably sensible in respect to the distance still to cover. We knocked off the first 48 miles under 3 hours, stopping at the first Control in Malmesbury.

This is where the first ‘problem’ with an Audax realised itself – you’ve got an awful lot of cyclists wanting to get food and coffee in small town cafes and shops. After some queue-hoping and debate I nipped to the Co-op for a quick snack and to get a receipt as proof of passage. I was back on the bike within 20 minutes, refueled and ready to crack on.

The climbing on this route is all in that second, or middle, section and really gets going as you leave Cirencester at around 60 miles. Unlike earlier in the day, I was largely with only one or two other riders for the afternoon, myself and a Bournemouth Jubilee Wheelers rider sticking fairly closely together. The first climb takes the form of a long steady 5 mile drag up The Whiteway, after which you get a nice fast, steep descent. Relief is pretty short mind – you’ve got around 30 miles of up and down, with some notable climbs along the way – with a few category 4 climbs and a couple of nasty main road crossings. I think we must have sat on the A40 for a good 5 or more minutes waiting for an opportunity to cross.

The descent in to Chipping Campden for the second checkpoint was a sweet relief after all that climbing, my legs and my stomach were beginning to complain. A quick scout but no obvious café meant I followed the ‘crowd’ and dived in to the Post Office to grab a drink, some salty crisps and a sandwich.

Apart from a short climb just after leaving Chipping Campden and a another at around 110 miles, just after Milton-under-Wychwood, this section was far more manageable on the legs than the previous one. The groups had got so strung out that I rode this last 30 miles on my own, which isn’t really an issue for me as its what I’m used to. I just got my head down and ticked off the miles, hitting Oxford just as the sun went down and rolling in to the park and ride just before 5pm.

Don’t judge me, but I was in the need for calories and comfort, so once the bike and gear was stowed – I inhaled a Zinger Tower Burger meal from KFC, before heading home for some proper recovery.

What did I learn?

An Audax is a strange beast – it’s absolutely not a race, but then neither is it a ‘club ride’ or a Sportive. It occupies some strange space in between with a treasure hunt thrown in to the mix.

It’s not all geeks and old men – I’d been given the stereotype that Audax was an older mans game, but I was pleasantly surprised to see a huge range of sexes, ages and abilities as well as a huge range of bikes. The only thing common amongst most of the riders was the predominance of two particular high end cycling brands being worn (I’m not judging, just an observation).

Hit the front and avoid the queues – if your in the lead pack and get to the cafe’s as near to the front as you can, then you avoid the inevitable queues.

Take a power bank – the Wahoo Elemnt has excellent battery life in my opinion, and it lasted the whole of the event. But on finishing i found i had just 3% to spare – no one needs the stress of loosing their data, or not tracking the end of the ride or worse, not knowing where you are going. So i’ll be packing my power bank for any future 200km + events.

Will I do it again?

You can view my ride on Strava here;